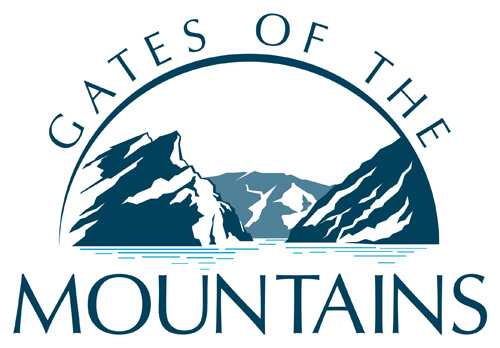 History at the Gates of the Mountains

“The Mann Gulch fire was spotted at 12:25 p.m. on August 5, 1949, a very hot and windy day. The fire was in the Gates of the Mountains Wild Area (now the Gates of the Mountains Wilderness) just east of the Missouri river, 20 miles north of Helena, MT. Temperatures that day reached 97 degrees in Helena. The fire started near the top of the ridge between Mann Gulch and Meriwether Canyon. Mann Gulch is a minor drainage, leading into the Missouri River from the east. It is funnel shaped, narrowing to a width of ¼ mile at the river. The highest flanking ridge, where the fire started, is on the south side of the drainage between Mann Gulch and Meriwether Canyon . The ridge on the north side of the drainage, where the fire overran the crew, is not as high as the ridge to the south. Vegetation on the north side of Mann gulch was mature 60-to more than 100 year old ponderosa pine. The south side was covered with 15- to 50 year old Douglas Firm mixed with mature ponderosa and some mature juniper. Fronting the river was a stand of 60- to more than 80- year old Douglas-fir… Access to this roadless area is difficult. Therefore, smokejumpers were called when the fire was discovered. One of the basic tenets of fire fighting is to reach a fire quickly. Then it can be attacked while it is still small. Smokejumpers are very effective at reaching a fire quickly because they travel by airplane and use parachutes to lane near the fire.” Mann Gulch Fire: A Race That Couldn’t Be Won by Richard C. Rothermel

“On August 5, 1949, at 1:50 p.m., Jack Nash, our loft dispatcher at Hale Field, received a smokejumper request from the Helena National Forest. The fire was believed to be a 50-man fire at the time. The order was for 25 smokejumpers. The only plane available was a DC-3 (others report is was a C-47), with a payload of 16 jumpers and gear. It was decide to send 16 jumpers immediately. Fred Stillings, our air operations officer, requested that I go along as spotter and bring back information on the fire. We were instructed to land at the Helena airport if we could not jump, so our crew cold be used as overhead on the fire. Fred Brauer, our project foreman, go the crew together, and the squad leaders on duty loaded jumpgear and equipment on the plane.

As I was helping Diettert on with his gear, he mentioned that this was his 19th birthday. He had been called away from a birthday dinner at home.” Trimotor and Trail by Earl Cooley

“At 3:35 p.m., after dropping colored streamers to determine how wind speed and direction would effect the drift of the men and cargo parachutes, the first group of four men jump from the C-47. As is custom with smokejumpers, crew foreman Wag dodge is the first out of the plane. The pilot takes the C-47 around in a large lazy circle and the next group of four men jump into the head of the gulch. He makes another round, heads down gulch and four more smokejumpers step from the plane. Another turn and the last group of three men step out into space.

Now, on a routine drop of men and supplies, at his point the pilot would normally lose some elevation before dropping the cargo packs containing the hand tools, water, food, radio, first aid kits and other supplies. The reason for the low altitude drop is the cargo chutes are uncontrolled and making the drop from tree-top level insures the supplies will come down reasonable near the jumpers. But perhaps as an inkling of things to come, the air in Mann Gulch has become turbulent, too, and Huber is force to maintain the same altitude from which he has just dropped the smokejumpers…

All the cargo is dropped by 4:08 p.m. The C-47 makes another two passes over Mann Gulch and at 4:12 Cooley and Nash spot the orange streamers the crew has laid out in a double “L” indicating everyone’s landed safely.” The Thirteenth Fire by Dave Turner

“Twenty –one year old Marvin Lester “Dick” Sherman stretched the leather straps of his helmet under his chin and threaded the buckles on the collar of his jump jacket. From his seat along the side of the Doug, he nervously glanced at the open door. He’d never gotten used to parachuting. “ I nearly die every time I jump,” he had once confided to his friend, Ross Middlemist, at the Lolo Ranger Station. In the doorway, Earl Colley, goggles on, sprawled on his belly peering at the ground. Every few moments he shouted instructions into his microphone to help pilot Ken Huber position the plane over the jump site. Foreman Wag Dodge crouched just inside the door above Cooley, looking back at the men. When Dodge gave the signal for the first stick to line up behind him, Marvin scrambled to his feet and bumped into Walt Rumsey, who had been sitting in the seat opposite him. David Navon and Bill Hellman stood in front of them. With

“Go ahead”. Marvin gestured with his hand. “Age before beauty”.

Marvin Sherman, a shy freckle-faced kid from Darby, Montana, sat back down. He wasn’t in any hurry. In fact, he almost wished he could fly back to the base with Merle Stratton, who lay in a fetal position just outside the cockpit (air-sick)…

When all had reached the ground safely, dodge laid out orange steamers in a double “L” pattern. On the next run Earl Cooley and jack Nash kicked out the cargo chutes and the freefalling gear. The Doug, now lightened of its burden, circled one last time to check for a distress signal before heading back to Missoula at about twice the speed it had arrived. “It’s a great day to fight fire,” someone said as the men scattered to retrieve the supplies.” “A Great Day to Fight Fire by Mark Mathews

“When at approximately four o’clock that afternoon the parachute on the radio had failed to open, the world had been immediately reduced to a two-and-a-half-mile gulch, and of this small, steep world sixty acres had been occupied by fire. Now, a little less than two hours later, the world was drastically reduced from that-to the 150 yards between Smokejumpers and the fire that in minutes would catch up to them, to the roar below them that was all there was left of the bottom of the gulch, and to the head of the gulch that at the moment was smoke about to roar….(Ranger) Jansson walked up the bottom of Mann Gulch for almost half a mile, noting that the fire was picking up momentum and still throwing smoke over his head to the north side of the gulch where farther up Dodge had rejoined his crew and was now leading them toward the river. Then right behind Jansson at the bottom of the gulch a spot fire flowered. Then several more flowered just below the main fire. Then a few tossed themselves as bouquets across the gulch, grew rapidly into each other’s flames, and became a garden of wildfire.

What the ranger was about to see was the beginning of the blowup. Seemingly without relation to reality or to the workings of the imagination, the flowers that had grown into a garden distended themselves into an enormous light bulb and a great mixed metaphor. Flowers and light bulbs don’t seem to mix, but the light bulb of the mind strung itself inside with the filaments of flame and flowers, bloated and rounded itself at its top with gases, then swirled upgulch to meet the Smokejumpers trying to escape downgulch. In a few minutes they met. Then only a few minutes later the blowup passed out of the gulch, blew its fuse, and left a world that is still burned out.”…

“Although Jansson thought he had put out of mind the possibility that the jumpers or anything human besides himself could be in Mann Gulch, he began to hear metallic noises that sounded like men working. That’s the sound of flames heard by those alive after the flames go by. It is the thinking of those living who think they can hear the dead men still at work….

This story some time ago left the inside world at its very center-Dodge had come out of th timber ahead of his crew, with the fire just behind. He saw that in front was high dry grass that would burn very fast, saw for the first time the top of the ridge at what he judged to be about two hundred yards above, put tow and two together and decided that he and his crew couldn’t make the two hundred yards, and almost instantly invented what was to become known as the “escape fire” by lighting a patch of bunch grass with a gofer match. In so doing, he started an argument that would remain hot long after the fire.” “Young Men and Fire” Norman Maclean

On January 16, 2008 there will be a meeting of the USFS, National Smokejumpers Association, local land owners, Dave Turner, and the management of the Gates of the Mountains. The forest service is preparing a historic preservation plan to guide the protection and management of the Mann Gulch Wildfire Historic District. Right now anyone can visit Mann Gulch but the trail from Meriwether to Mann recently burned so will be difficult to use. In the past we have provide transportation of small groups to the bottom of Mann Gulch by small boat for a reasonable fee. We have also provided access to large groups using the tour boats. If you wish to visit Mann Gulch e-mail or call me. Tim Crawford, Manger

The easiest way to access Mann Gulch is by boat using the Gates of the Mountains Marina, many years ago known of as Hilger Landing. Mann Gulch is approximately six miles downriver from the marina making it accessible by power boat or by canoe.

The Gates of the Mountains also runs tours boats on the Missouri River that stops in front of the gulch for a brief interpretation of the events and a look at the entrance of Mann Gulch.

Another way to Mann Gulch is to hire us to take you to the bottom of the gulch and come back and pick you up a few hours later. We charge $50 one way and can take up to 4 people. We use a small boat so we can beach right at the bottom of the gulch making it an easier walk to the monuments. It takes an average of about one hour to get to Stanley Reba’s cross, the closest to the river. When we guide through the gulch it usually takes about four hours to see everything. Generally we will take you down at 9:00 AM and pick you up in the afternoon around 3:00 or 4:00 PM. Call us at (406) 458-5241 or email [email protected] for more details.

Since Mann Gulch is a National Landmark over-night camping is discouraged. There is a campground one mile up-river from Meriwether Picnic Area.

For horsemen, the access to Mann gulch is through the Beartooth Game Management Area. The “Beartooth” is owned by the State of Montana for the protection of animal habitat and is only open to the public on a limited basis.